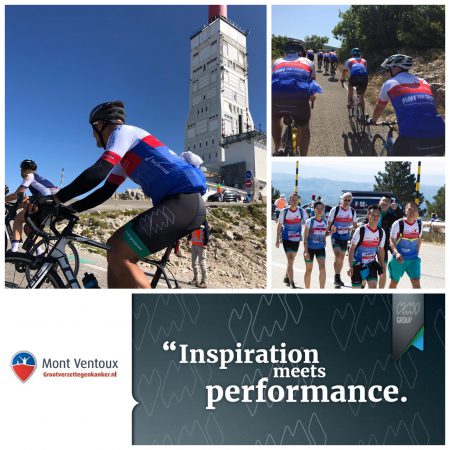 Each year, VMI participates in a challenging sportive event to raise money for charity. The VMI team was the largest team and made a substantial contribution to the well over 640,000 Euros that were raised with this year’s edition. The money raised goes to KWF Kankerbestrijding and various other local and/or regional charities.

The first day of the event, September 5th, 16 VMI runners and walkers climbed Mont Ventoux. On the Friday, 20 VMI cyclists challenged the mountain and ascended the mountain one, two or even three times.