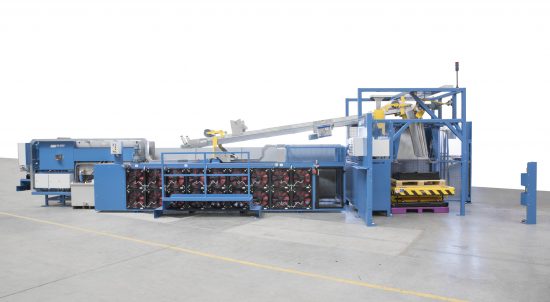 For VMI it’s a relatively new phenomenon to have a customer purchase both a Combex Gearpump Extruder and a Cantilever Cooler with MHD 500 Stacker to be installed in one production line. VMI has been selling both the Gearpump Extruder and Cantilever Cooler separately for a while now. Selling them together has proved to be a success over recent years, as especially last year showed.

Combinations sold in Europe
VMI’s first combined line is sold to a new customer in Russia. This customer indicated it was important to them to be able to purchase both machines under a single contract. VMI’s second combined line, sold to a Slovenian customer, featured a newly developed gearpump created in collaboration with the R&D team in Epe and Runding. Processes in Slovenia have continued to develop and VMI expects to also sell this customer a second line in the near future. VMI is eager to produce all the larger pumps for new lines in this fashion from now on. The benefit of doing it this way is that the extruder and gearpump can be cleaned faster and easier.

The Process
The process for this combined line is as follows: “At the customer’s plant, hot or cold rubber is fed into a so-called strainer. A VMI strainer always consists of a screw extruder and gearpump combination. These strainers are manufactured at VMI Extrusion in Runding. First the rubber is heated and/or plasticized by the screw extruder. The pump builds up pressure to push the rubber through a fine mesh filter, a sort of sieve. This operation strains contamination from the rubber, cleaning it before it’s transferred to the Cantilever Cooler.

Worldwide Possibilities for New Combined Line
The VMI team now intends to concentrate even more strongly on selling more of these combined lines to the technical rubber sector and believes it will be possible to install these machines combinations worldwide. 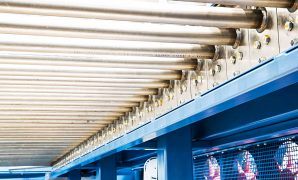 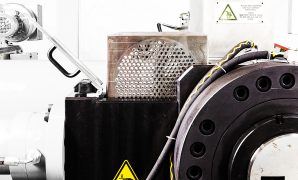