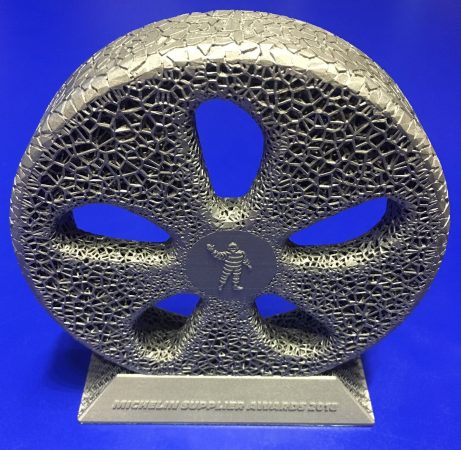 During an official ceremony held on October 25th 2018 at the museum Aventure Michelin in Clermont-Ferrand, France, VMI was recognized for its exceptional contribution to the Michelin Group over the past years. Harm Voortman, CEO of VMI Group received the award from Mr Jean-Dominique Senard, Chief Executive of the Michelin Group.

Michelin presented the award referring specifically to the commitment of building a partnership with the Michelin Group to drive greater shared benefits for the future. The award acknowledged the performance of VMI over the past several years in meeting the challenging high standards of Michelin.

The long-lasting cooperation between VMI and Michelin dates back to the early 70’s with the delivery of a batch-off followed by several other types of machinery. More recently, the cooperation has evolved into the supply of highly advanced tire building technology.

As Harm Voortman mentioned during his acceptance speech: “We are very honored to have received this prestigious award from Michelin and we highly appreciate the rewarding cooperation. We feel this award is a recognition of our efforts to assure the success of our customers by supplying advanced technology and services. We look forward to our joined cooperation in the years to come.”